"I accept gratefully membership and shall be happy if it may be in my power to contribute in any measure to the laudable purpose of the Society." 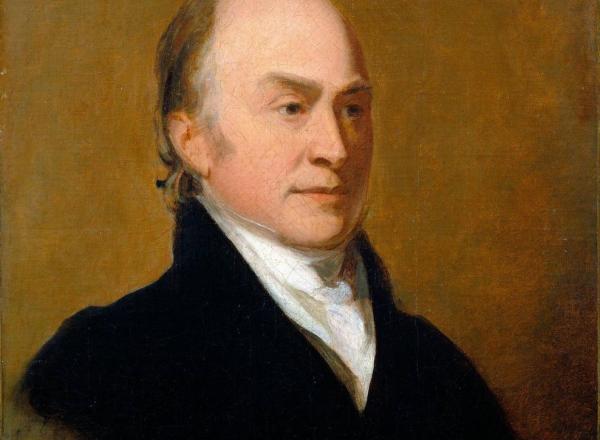 Initially, the founders debated the nature of the organization they would establish. Among their decisions was whether to focus on genealogy, heraldry, or history, or some combination of these disciplines. Genealogy and history were favored and plans were made to incorporate as the New England Historical Genealogical Society.

Opposition to the use of the word “historical” was brought by Charles Francis Adams of the Massachusetts Historical Society and, as a compromise, the institution’s name was altered to the New England Historic Genealogical Society. This change did not please everyone and one or two of the founders regarded the new name as cumbersome. On March 18, 1845 the General Court of Massachusetts approved the Society’s petition for incorporation.

The impulse to formalize genealogical study in the first half of the nineteenth century found its earliest roots in the folkways of men and women of the region who, since at least the late eighteenth century, actively kept private family records to document their families and lineages. These records or registers were often executed in pen-and-ink or in needlework and were more ornate counterparts to similar printed forms found in Bibles. Later, in the mid-nineteenth century, decorative family register prints were made widely available to the public by lithographers such as Nathaniel Currier.

The founders of NEHGS also acted to make permanent the systematic work of the first generation of genealogical researchers, especially as led by John Farmer (1789-1838). Before Farmer's efforts, tracing one's ancestry was seen by some as an attempt by colonists to social standing within the British Empire, an aim that was counter to the new republic's egalitarian, future-oriented ethos.

As Fourth of July celebrations commemorating the Founding Fathers and heroes of the Revolutionary War became increasingly popular, however, the pursuit of 'antiquarianism,' which focused on local history, became increasingly a way to honor the achievements of early Americans.

Farmer capitalized on the increasing acceptability of antiquarianism to frame genealogy within the early republic's ideological framework of pride in one's American ancestors. In the 1820s, Farmer corresponded with various antiquarians in New England and became a coordinator, booster, and contributor to this burgeoning movement, which gradually gained a devoted American audience. Though Farmer died in 1839, his efforts in part led to the creation of NEHGS. [2] A group of its members founded a similar organization in New York two decades later in 1869.

In the early 20th century, NEHGS undertook the important project of transcribing and publishing the vital records of Massachusetts towns, which provided a valuable contribution to the genealogical field as this series was expanded over the next forty years. Many of these records were saved from destruction.

For more than a century, NEHGS was directly administered by its officers and board of trustees. In 1962, NEHGS appointed its first professional director, Edgar Packard Dean, a former editor of Foreign Affairs and past director of the Associated Harvard University Clubs. Dean oversaw the Society’s move from Beacon Hill to its present location in the Back Bay and retired in 1972. Dean was succeeded by Richard Donald Pierce, a Unitarian minister, librarian and formerly dean (and for a while acting president) of Emerson College, who died in office six months after his appointment.

Pierce was succeeded by James Brugler Bell, who obtained an advanced degree in history from Balliol College, Oxford, and who was a past lecturer at Ohio State University and a former candidate for the United States Congress in Minnesota. After a tenure of nine years, Bell left NEHGS in 1982. The Society’s finances and morale were at a low point, and it fell to Bell’s successor, Ralph J. Crandall, former editor of The Register and graduate of the University of Southern California where he obtained his doctorate, to rebuild the Society’s endowment over the following twenty-three years.

Crandall left briefly in 1987 and the directorship was filled by John Winthrop Sears, a former city councilor of Boston and Republican nominee for governor of Massachusetts in 1982. Crandall returned to NEHGS in 1988 and continued to expand the organization. In 2005, Crandall stepped down to became executive director emeritus and concentrate on special projects. He was succeeded by D. Brenton Simons, an author, former Chief Operating Officer and Director of Education at NEHGS, and graduate of Boston University, who joined the staff in 1993 and initiated its magazine, website, and special publications imprint.

In 2006 the position of Executive Director was changed to president and CEO and in 2009 Simons announced a gift pledge of $7.5 million from an anonymous donor, the largest charitable gift ever made in the field of American genealogy. Today, NEHGS has a 22-person Board of Trustees that sets governance policies for the organization at quarterly meetings. A larger Council meets annually and, together with the Board, forms the Council of the Corporation, the statutory voting body of the organization.